Kids in the Kitchen

What do kids want for a treat? Let a kid be a chef with free play time in the kitchen find out! My son has been watching me make recipe blog posts so he decided he wanted to try to make up a recipe. He created a recipe for Smores Mountain. It looks pretty good and tastes even better!

Kids Learn About Physical Properties in the Kitchen

I love letting my kids play in the kitchen. For years now my kids have played in the kitchen making up experiments and concoctions by adding random ingredients together. They gain real world knowledge about physical properties by adding sugar or salt to water and seeing it disappear.

My boys have added candy canes to water to let them dissolve. They have added flour and water and milk together to see a dough forming as they stirred. Oil added to water gives a particular joy as kids see the oil bubbles stay separate from the water. They can stir it to see the bubbles change and combine. My boys squeal when they see how their creation changes when they add drops of food coloring or a spoonful of milk.

My kids have made some pretty ugly and disgusting concoctions but they sure have had fun doing it! Bad smelling sludge has evolved from too many dried herb sprinklings in food colored water or vinegar with bits of cereal and sugar. They squeal with delight as their homemade disgusting and thick concoctions ooze slowly down the drain.

Free Play in the Kitchen

I have always let my kids be little mad scientists or chefs in the kitchen because they learn so much. The non-structured free play in making up experiments or recipes allows for creativity. My boys would fill up the sink with water and add toys to play in the sink. A perfect idea for the winter.They learned about what toys would float and which ones would sink. They used plastic containers for boats and made mini fountains out of measuring cups. They often got soaked and had to change clothes.

The kids have fun and learn about the physical world at the same time. A win-win situation!

My son thought of this idea for a recipe so I told him to try it. He knows how to use the microwave now so he gathered his ingredients and began his creation. The ingredients he choose were: a graham cracker, marshmallows, M & M’s, Hershey bar pieces, whipped cream, and butterscotch and chocolate syrup. I told him to write down his recipe so he would know how to make it again. 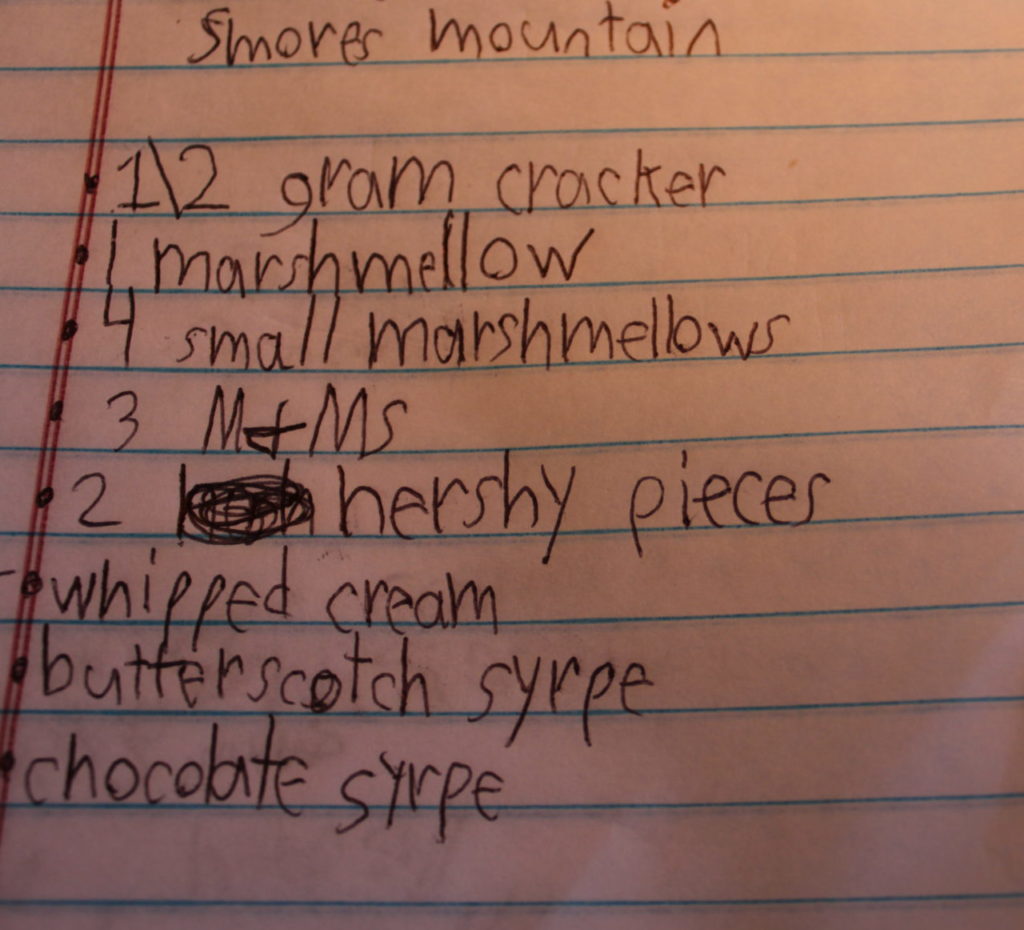 This was a great exercise my son. He learned some great lessons by going through the whole creation process. He brainstormed an idea, made a plan, put his plan into action, and recorded his recipe.

My favorite part was when he made a Smores Mountain for his little brother.

Kids in the Kitchen: Free Play and Smores Mountain

Easy kid made recipe creation for Smores Mountain treat. This recipe was created and invented by a kid so it is easy to make and a yummy treat a kid would want. Allowing kids to play in the kitchen for free play and recipe creation teaches them about the real world, physical properties, and it's just plain fun!
Print Recipe Pin Recipe
Prep Time 3 mins
Cook Time 25 mins
Total Time 28 mins
Course Breakfast or Snack
Cuisine American
Servings 1 person 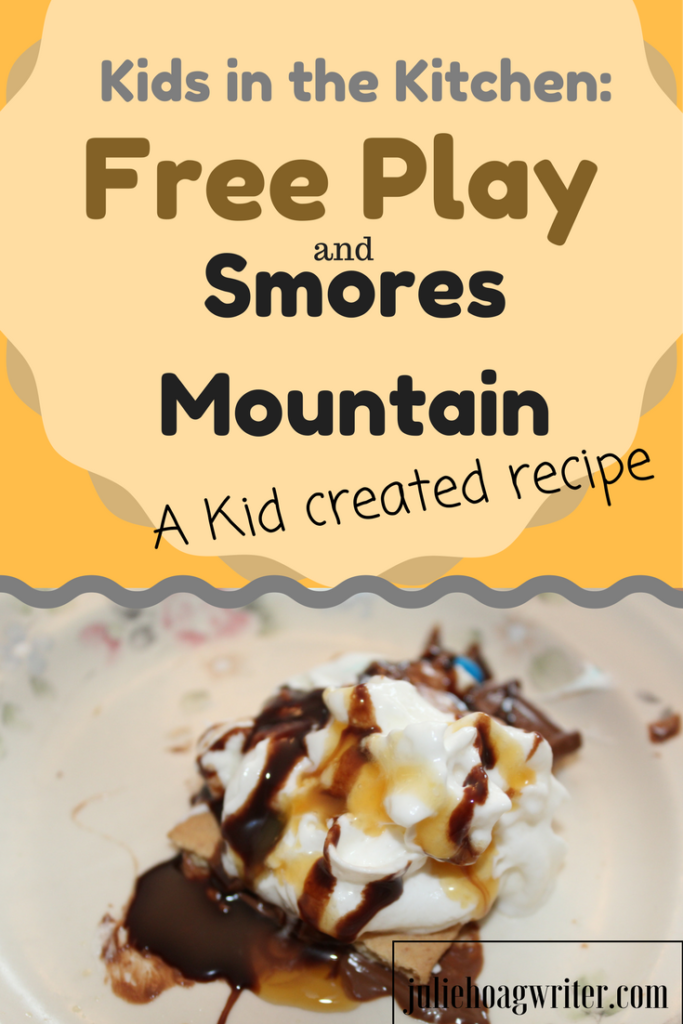